With the Inland Empire’s Largest Mixer well on its way, the VIP kickoff event held on October 1, 2008 at Dave & Buster’s served as the perfect springboard to help usher in the fast approaching event. Exhibitors and sponsors alike had the opportunity to meet one another, receive important information regarding the upcoming mixer, and get a head start towards a networking extravaganza. 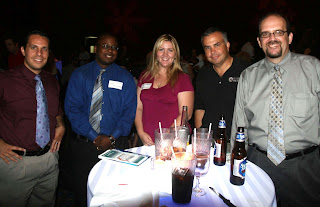 For the 2nd year in a row, the Inland Empire’s VIP kickoff event was held at Dave & Busters, and for the 2nd year in a row, Dave & Buster’s showed the staff at the Largest Mixer exactly why we keep coming back for more. The kickoff event featured a holiday theme to help get the attendants into the holiday spirit. In addition to an eclectic mix of music that included jazz and blues, hanging snowflakes were also peppered throughout the room to enhance the ambiance that much more. The tables were lit up with holiday lights, and the variety of food offered was second to none. A smorgasbord that not only included a carving station, but also a smores station with chocolate fondue were just a couple of choices that attendants had to pick from. 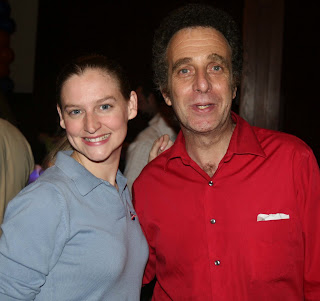 Among the dozens of exhibitors in attendance were Classic Party Rentals, Conexion, Inland Valley Daily Bulletin, Owl Enterprises, Smart Levels Media, and TEAM Referral Network. Advent Visual, another one of our exhibitors, didn’t disappoint in the decorations department when it came to the balloon columns that they set up for the event. 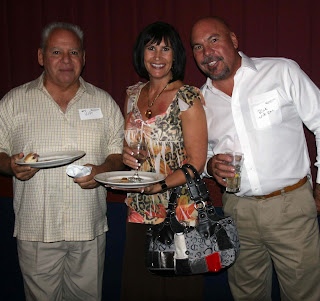 Event producer, Dave Linden, was also quite successful at winning over the crowd at the kickoff. The best moment of the night, in my humble opinion, was when Dave jested that “you get a good spot [at the mixer] if you kiss [his] ass.” Sure enough, after the kickoff event was done and over with, a torrent of e-mails flooded his inbox which were, oddly enough, composed using much kinder words than usual. 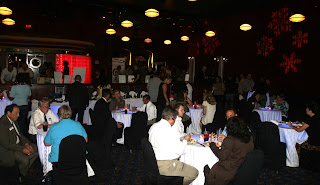 We usually don’t like to take ourselves too seriously over here at the Largest Mixer, but, in all seriousness, we’d like to give a special shout out and thanks to Angela George and Jackie Mylenek of Dave & Buster’s. Without their help and cooperation, the kickoff event would truly not have been possible. Take it from me, and on behalf of the Largest Mixer staff, that you should really consider hosting one of your own events, or maybe even your company’s holiday parties there. I guarantee you that they won’t disappoint.

Well, that about wraps it up over here at my end of the Largest Mixer. Until next time, make sure to visit https://www.largestmixer.com/iemixer to find out more information about Inland Empire’s Mixer if you haven’t done so already. The event, after all, is only about two weeks away, so get a move on before it’s too late!